Hey guys. The first installment of No Angel will be posted here as promised at the end of this week! For those who want a physical or e copy though, it’s available to pre-order now on Amazon 🙂

No Angel is a novella about Gabriel, who for those who have read Becoming, will know is pivotal to the fate of all the boys of Project Five Fifteen.

For those who have already read the Project Five Fifteen trilogy, below is Chapter 7 of Becoming. It’s when Gabriel is first introduced and is just a reminder for when No Angel is released.

I hope you all enjoy it! x

Kalen and Denver walked into the crowded bar in Boston. It was dark, dank and pulsing with bad vibes. Trust G, thought Kalen grimly. Denver – normally up for anything involving music and females – had changed of late. Since they’d lost Nash they all had.

They stood by a back wall, eyeing the exits, scanning the crowd and weighing up the possibility of different scenarios while Paul waited outside, watching the perimeter. Paul had been easy to talk on-board. Kalen knew he would be. He’d always craved a normal life. G was going to be a different story. He’d either be gung-ho cowboy about it, or flat out try to kill them all.

Kalen continued to assess their surroundings. There were some big guys over by the entrance where they’d first come in. They didn’t look like trouble off the bat, but they were real drunk so Kalen kept them in his peripheral. A commotion was taking place somewhere on the dance floor. Though he couldn’t see it, he could hear the difference in tone of peoples’ calls above the sound of the music. Fear. Anger. Malice.

‘There,’ said Denver, quietly, but close enough to Kalen for him to hear. ‘I see Z. He’s sitting on the edge of a booth, over by the bar.’

‘Not yet, but he won’t be far away. The source says the two of them have been seen together in the city all week. They’re never apart.’

‘Okay. Approach with caution, we don’t want G getting startled if we can help it. I’ll take point. You got my back?’

Denver nodded and they wove through the crowd. People glanced at them, but Kalen made sure not to make eye contact. Something about their eyes seemed to resonate with people. He didn’t want to be remembered.

The song that came on next had a deep sound, the bass vibrated the floors and up through his legs. From what Kalen could see as he approached him, Z was staring towards where people were dancing, a look of frustration etched on his young face. He wasn’t alert to what was going on around him that was for sure. They had no trouble walking right up to him. K placed a firm hand on his shoulder and the boy’s head whipped around, eyes wide. They widened further when he recognised Kalen and as he looked up towards Denver his face blanched. Zach was the same age as Ace, yet he looked infinitely younger. With his tanned skin and pale blond hair that hung like curtains framing his eyes, Zach looked like he belonged on a beach somewhere, surfing with some school kids. Kalen was surprised he’d even been allowed into the bar. G must’ve had something to do with that.

END_OF_DOCUMENT_TOKEN_TO_BE_REPLACED 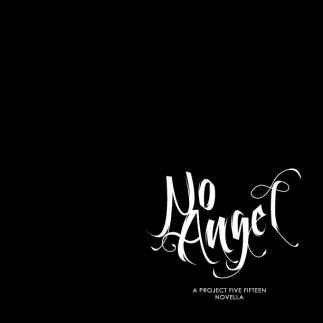 Due to some unforeseen personal chaos, No Angel has been slightly delayed. To all those who have been in touch to check in on its progress – thank you! Gabriel is going to be with you early March, but you can stay fully up to date via Facebook or Instagram

Much love and thanks for your patience

Remember Gabriel? Any Project Five Fifteen fans, might remember the gorgeous, chaos-worshipping boy from Becoming who made the ultimate sacrifice for his friends. Well, Gabriel’s journey and his relationship with Zach always struck a chord with me, so though it’s been a long time coming, I decided to share it with you all. No Angel won’t be available to buy, but you will be able to read chapter by chapter from January 2018 for FREE here on the site.

What do you think of the cover? 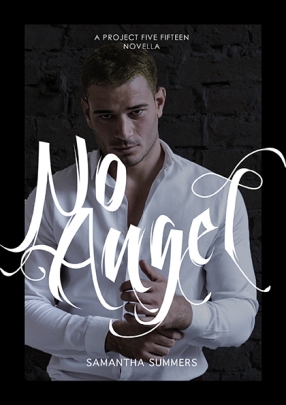